The addition of amplifiers to Sony’s Mobile ES line means that every component in a premium car audio system can come from this prestigious series. Our second amplifier spotlight focuses on the compact and powerful XM-4ES four-channel amplifier. Let’s see what Sony’s development team has created!

The XM-4ES can drive four 2- or 4-ohm loads in its stereo configuration. Each pair of channels can be bridged to drive a single 4-ohm speaker or subwoofer with significantly more power. This bridged configuration is common in systems with a pair of front component speakers and a single subwoofer in the trunk or cargo area.

By way of power specifications, Sony rates this amp as capable of producing a beefy 100 watts per channel with 4-ohm drivers. That power increases to 165 watts when driving 2-ohm loads. When a pair of channels are bridged, the amp will produce 330 watts into a single 4-ohm load. As we’ve come to expect from a no-nonsense company like Sony, all specifications are compliant with the CTA-2006-C standard for supply voltage, noise and distortion content. The power ratings contain less than 1% total harmonic distortion and noise and are measured with 14.4 volts supplied to the amplifier. The CTA-compliant signal-to-noise ratio is 77 dB, and harmonic distortion is rated as less than 0.05%. Finally, the frequency response is very wide at 10 Hz to 40 kHz. On paper, everything looks excellent.

The chassis of the XM-4ES is the same high-mass 10.63-inch wide, 8.46-inch deep, 2.36-inch tall cast-aluminum heatsink as used on the XM-1ES monoblock we spotlighted recently. All signal, power and speaker connections are made along the front edge of the amp, and all but one of the controls are concealed under a removable panel on top of the amp. It’s worth noting that the center trim panel on top of the amp can be rotated 180 degrees, so the Mobile ES logo is aligned with the amplifier’s orientation in your installation.

The front edge features three beefy terminal blocks with heavy-duty set screws accessible from the top of the amp. The right-hand block will accept four-AWG power and ground wires and the remote turn-on lead. The two center blocks are for the speaker output connections, and they will take 10-AWG speaker cables without fuss. A pair of 40-amp ATC fuses to the left of the power block protect the amp.

On the far left of the end panel is a switch that your installer can use to select between low- and high-input voltages. This indicates that the amp has differential inputs – a feature that should be on all car audio amplifiers. Three pair of RCA jacks are present. Two pair are inputs (one RCA for each amplification channel), and the third is an output that could feed a subwoofer amp.

On top of the amp, two groups of controls are mimicked for each pair of channels. These include input sensitivity, filter function, filter range and both high- and low-pass adjustments. Without getting into too much, it’s worth noting that each pair of channels can operate in full-range, high-pass, low-pass or bandpass filter configurations. The amp also includes remote or a signal sense turn-on detection that can be used in high-level input mode, which is crucial for integration with factory-installed source units. There are also switches for signal summing and line-out mode selections. We have a Test Drive Review planned for this amp in a few months. We’ll cover the details of each control then.

As mentioned in the XM-1ES spotlight, Sony has put extra attention into the design of the amplifier chassis to help reduce resonance and vibration that could deteriorate sound quality and accelerate wear and tear. That’s something I haven’t seen any other manufacturer focus on.

Internally, the amplifier is based on two circuit boards. The main board is home to the power supply and output stage. High-quality, high-tolerance surface-mount components are used wherever possible. The output filter chokes are shielded units that help to reduce electromagnetic interference. The second circuit board stands vertically and has all the signal processing controls and switches. In all, the design is modern and well-organized.

We’re excited to get our hands on the XM-4ES to give it a listen and run it through its paces on the TestDriveReview bench. Until then, you can learn more about this amp and its monoblock and five-channel brethren by visiting the Sony Mobile ES website or a local authorized Mobile ES retailer. Be sure to subscribe to Sony’s YouTube channel and follow them on Facebook and Instagram to be the first to learn about their latest car audio product releases.

This article is written and produced by the team at www.BestCarAudio.com. Reproduction or use of any kind is prohibited without the express written permission of 1sixty8 media.

BestCarAudio.com is a showcase for the very best mobile electronics retailers in the world and a place to educate and inform interested consumers about existing and emerging technologies. 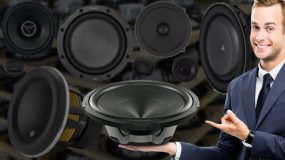 When you head to your local mobile electronics specialist in search of new speakers, there are a few criteria to keep in mind. Choosing a speaker size can go one of two ways: You … END_OF_DOCUMENT_TOKEN_TO_BE_REPLACED 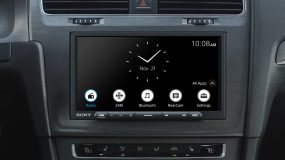 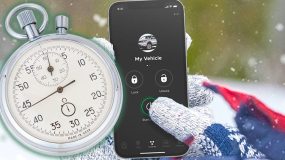 Being able to lock, unlock or remote start your car or truck using an app on your smartphone is handy. In listening to what owners of these solutions have been saying over the last … END_OF_DOCUMENT_TOKEN_TO_BE_REPLACED 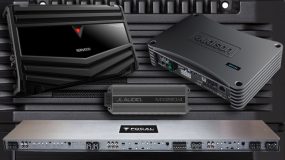 When an audio enthusiast goes shopping for an amplifier, the question of “how much power do I need?” comes up almost every time. There are a few factors to take into consideration … END_OF_DOCUMENT_TOKEN_TO_BE_REPLACED

I recommend then to everyone!

Super great place to get lots of custom things done. Very nice, very knowledgeable and very fare prices. I recommend to everyone I know.

Super great place to get lots of custom things done. Very nice, very knowledgeable and very fare prices. I recommend to everyone I know.
https://speedofsoundtech.com/testimonials/i-recommend-then-to-everyone/

Will be going back for sure!

Very happy with how the tint came out. Professional and friendly. Will be going back for sure.

Very happy with how the tint came out. Professional and friendly. Will be going back for sure.
https://speedofsoundtech.com/testimonials/amazing-customer-experience/

Very friendly staff, knowledgeable group . Needed help on my remote starter, they got me back up and running in no time . They also do amazing tint jobs!!

Very friendly staff, knowledgeable group . Needed help on my remote starter, they got me back up and running in no time . They also do amazing tint jobs!!
https://speedofsoundtech.com/testimonials/very-friendly-staff/
5
3
Speed of Sound Technologies


Get Directions to Speed of Sound Technologies